Why live in Deltona Florida?

Why live in Deltona Florida?

Deltona is a town in Florida with a population of 93,124. Deltona is in Volusia County. Living in Deltona offers residents a rural feel and most residents own their homes. Many families live in Deltona and residents tend to have moderate political views. The public schools in Deltona are above average.

Deltona is a city in the U.S. state of Florida and the most populous city in Volusia County. It is located on the northern shore of Lake Monroe along the St. Johns River in central Florida. As of the 2010 census, the city population was 85,182.

The city is part of the Deltona–Daytona Beach–Ormond Beach, Florida metropolitan statistical area, which is grouped with the larger Orlando–Lakeland–Deltona, Florida combined statistical area.

The city, previously known as Deltona Lakes, was originally established as a planned residential community, and was master-planned and developed by the General Development Corporation and the Mackle Brothers.

Since its opening in 1962, the community rapidly grew from a small subdivision to becoming one of the largest cities in Central Florida by the end of the 20th century, largely in part by the Mackle Brothers’ worldwide marketing efforts showcasing small low maintenance homes offered at affordable prices. The city is mostly residential and primarily serves as a commuter town for the nearby cities of Orlando and Daytona Beach, as well as its surrounding communities. 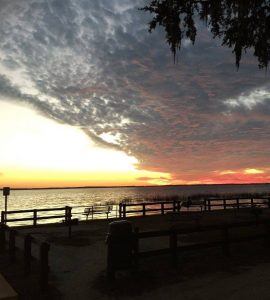 Overall it is a great place and nice and quiet. Deltona is mostly clean and safe. It is a typical suburban area that always seems to be undergoing improvements.

Living in Deltona can be a great experience for anyone relocating to the area. Having said that, in the state of Florida, there are many amazing places to live, so choose wisely! With useful information like amenities, crime, cost of living, education, employment, and other key data points, finding the best places to live in Deltona and in the areas around Deltona is a much easier task.

Conveniently located amenities and interesting attractions are a great way to continuously enjoy Deltona on a regular basis. Knowing that there is an abundance of amenities and things to do can ensure that you always have access to nearby grocery stores, restaurants, and coffee shops.

Does Deltona Florida have a lot of crime?

Deltona has an overall crime rate of 12 per 1,000 residents, making the crime rate here near the average for all cities and towns of all sizes in America. According to our analysis of FBI crime data, your chance of becoming a victim of crime in Deltona is 1 in 81.

How far is Deltona Florida from Walt Disney World?

How far is Deltona Florida from Orlando?

It is a quick drive that can actually be done without any stops. The drive time is 32 minutes and it is 29 miles from one city to the other. Of course, traffic is going to make a big difference in travel time, road closures and construction are popular in Central Florida so make sure you check for this before leaving your house. Deltona is considered to be a bedroom community to Orlando as well as other cities in the region.

How far is Deltona Florida from New Smyrna Beach?

It is 32.16 miles from Deltona to New Smryna Beach in the northeast direction and 35 miles by car, following Highway 44 going East. Taking I-4 is the fastest route from Lake Mary, FL to New Smyrna Beach, FL.

City of Deltona History – Why live in Deltona Florida?

The area of current Deltona and surrounding communities was originally inhabited by nomadic Timucuans, who found fish and freshwater to be plentiful in the area. After Florida became a state in 1845, steamboats began to make regular trips up the St. Johns River to Lake Monroe.

George Sauls, a former secret agent for the Confederacy during the American Civil War, along with his wife Adeline and six children, were the first settlers in the area in 1859. The area was located approximately three miles (4.8 km) north of the community of Osteen.

Sauls’ homestead caught fire in 1972, but it would eventually be designated as a historical site by the Volusia County Historical Commission, and the street, originally named Barranca, was renamed George Sauls Street in 1977. It was decommissioned as a historical site in 2000, and its site marker has since been relocated to the nearby Osteen Cemetery, with maintenance overseen by the Volusia County Preservation Board.

What now constitutes the city was originally developed in 1962 as Deltona Lakes by Elliott, Robert, and Frank Mackle as a planned residential community through the purchase of 17,203 acres of land. The development would open to potential land buyers on November 18, 1962, and included out-parcels for drainage retention, apartments, churches, parks, commercial centers, an industrial area, a community center, and a golf course.

Deltona Lakes was heavily marketed throughout the United States, including Ohio, Illinois, Indiana, and Michigan. Sales representatives would also market in places such as Germany, Puerto Rico, Latin America, and the Far East.

By November 1965, just one year after its opening, Deltona Lakes grew to a population of nearly 1,600, nearly 1,000 homes were built or under construction, and had more than 120 miles of paved roads or roads being surfaced.

By September 1966, Deltona Lakes came to attract more families, growing to a population of 2,413, and a student enrollment of more than 200, resulting in soaring property sales of up to US$60 million.

In April 1967, more than 30 civic, social, charitable, and fraternal clubs would form, including a civic association, a men’s and women’s golf association, a shuffleboard club, and a bicycle club.

The residents of Deltona Lakes attempted to incorporate it as a city in 1987 and 1990 but were not successful until 1995. A city charter was adopted on September 9, 1995, and a seven-member city commission was elected. Deltona Lakes was incorporated as a city on December 31, 1995, with its name shortened to Deltona.

What is Deltona’s Recent History?

The city grew to a population of 69,543 people by the 2000 census, becoming the most populous city in Volusia County. After the city’s incorporation, regular city meetings would be held on the second floor of the now-defunct SouthTrust Bank building on Deltona Boulevard, until the first city hall began construction in 2001.

The US$7 million projects would complete for opening on March 16, 2002. On December 3, 2002, ground broke for the development of the Deltona satellite campus of Daytona State College (then known as Daytona Beach Community College), adjacent to Deltona City Hall. The campus opened in August 2004.

Throughout the 2000s, the city would continue to grow in population, while maintaining a mainly residential landscape. As of the 2010 census, Deltona had a population of 85,182. In recent years, new measures have been taken by city officials to begin attracting new businesses and industries into the city.

In 2011, the city’s first movie theater opened. In August 2013, Bethune-Cookman University (based in Daytona Beach) opened a satellite campus in Deltona on Saxon Boulevard.

Halifax Health opened the city’s first emergency department facility on Howland Boulevard in April 2017. In December 2019, Amazon announced the location of a new distribution center in Deltona to open in November 2020

Does Deltona FL have any parks?

What higher education opportunities are available for Deltona city residents?

What fun things are there available to do in Deltona Florida?

Deltona has Attractions for residents and visitors. – Why live in Deltona Florida?

Deltona has Golf Courses and Country Clubs too.

Deltona has museum and art exhibits as well. – Why live in Deltona Florida?

Thanks for reading this blog article – “Why live in Deltona Florida?”. We hope we can help you find your perfect dream home in Deltona Florida. Contact us today or check out more about us now. Follow us on Facebook now – click here! 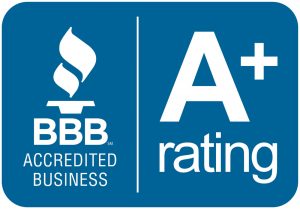